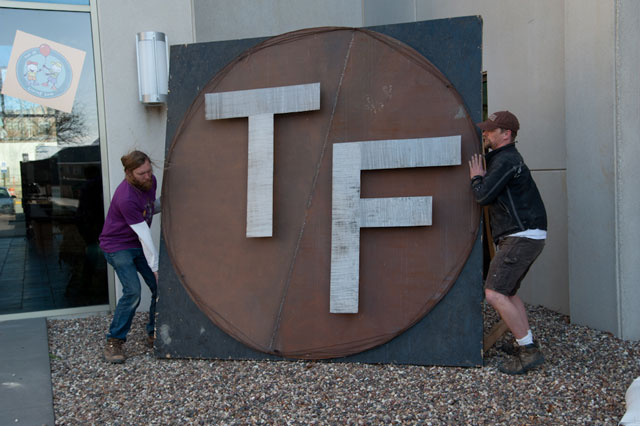 Posted by Emma Davie
Posted on
Add your reaction Within weeks of our world premiere at the International Documentary Film Festival in Amsterdam in November, I AM BREATHING has both been called one of the best documentaries in 2012 and one of the films to watch in 2013.

The film finished IDFA as the audience's 8th-most favourite film (out of a staggering 300 films at the festival). It also remained the 4th-most watched film at the Docs For Sale market (out of more than 600 titles). Here's what people had to say about I AM BREATHING:

The Hollywood Reporter ranked it "among the year's most moving films" (full review here).

"As [Neil Platt] promises very early on, what we get is 'a tale of fun and laughs with a smattering of upset and devastation.' The former gives way to the latter only in the closing fifteen minutes or so, when the deterioration in Neil's condition results in his being relocated from his home to a hospice institution. His formidable powers of communication are by this stage ebbing away in a manner that nearly all viewers will find powerfully harrowing.

"Necessarily tough going, these sequences deliver what are in effect a series of knockout punches that leave us dazedly counting our blessings. But so firmly have Neil's particular wishes expressed - that he wants the film to promote awareness of MND and encourage fund-raising into the research of possible cures - that I Am Breathing never feels in any way intrusive or exploitative."

As part of his Nobel Lecture at Karolinska Institutet in Stockholm, Professor Yamanaka used Motor Neurone Disease as an example for a pharmaceutical in-vitro application of iPS cells.

"[MND patients] become unable to move – and in the end, they become unable to breathe. So it's a very, very sad situation for patients and the family members. Despite numerous efforts by numerous scientists we still don't have effective drugs for these patients suffering from Motor Neurone Disease, primarily because we don't have a good disease model to perform drug screening.

For everybody who wasn't able to come to the first two screenings at IDFA in Amsterdam where the filmmakers were present, here is a video of a question & answer session with directors Emma Davie and Morag McKinnon; Louise Platt who was Neil's wife; and producer Sonja Henrici. It was recorded after the second public screening on Sunday. Walk Across Fire for MND

With the world premiere of I AM BREATHING just around the corner, we were delighted to discover that MND Scotland are hosting a daring fundraiser on the very same day in Glasgow.

I AM BREATHING to premiere at IDFA

I AM BREATHING by Emma Davie and Morag McKinnon will have its world premiere in IDFA’s prestigious Competition for Feature-Length Documentary. IDFA is the world’s pre-eminent festival for creative documentaries.

Exploring “the thin space between life and death”, the film follows Neil Platt who suffers from Motor Neurone Disease, a terminal illness affecting around 5,000 people in the UK. Neil invited the filmmakers to follow him through his final months, while he’s trying to sum up his life in a message to his baby son.