Neil Platt was diagnosed with motor neurone disease (MND), also known as amyotrophic lateral sclerosis (ALS) or Lou Gehrig's disease, in February 2008 by Professor Chris Shaw. Sadly, he lost his own personal battle with the disease a year later, but through his family, friends and this documentary he wanted to continue to raise awareness around this devastating illness. 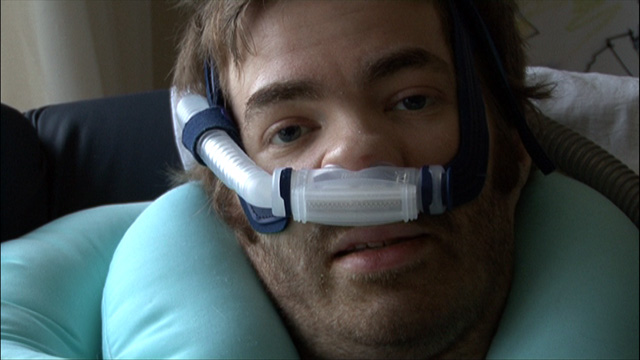 Motor neurone disease has been described as the last truly incurable disease of the modern day. MND is a rapidly progressive and fatal disease. It can affect any adult at any time and attacks the motor neurones that send messages from the brain to the muscles, leaving people unable to walk, talk or feed themselves.

The French neurologist Jean-Martin Charcot first described MND in 1874. The term motor neurone disease describes a group of related diseases, affecting the motor nerves or neurones in the brain and spinal cord which pass messages to the muscles telling them what to do.

The cause of the disease is unknown and there is no known cure. Around 5,000 people in the UK have MND at any one time, with half of people with the disease dying within 14 months of diagnosis. It kills five people every day in the UK.

Ten days after Neil died, Professor Chris Shaw made a very significant breakthrough in MND research by identifying one of the genes that cause it, and more discoveries are being made every day.

Neil Platt was among the small proportion (5-10%) of people with MND who have a family history of the disease, caused by genetic mistakes that can be passed from one generation to the next. In the past year, the MND Association funded researchers have identified a repeated six-letter expanse of genetic code (called a hexanucleotide repeat expansion) in a gene called C9ORF72 that can cause 40% of cases of familial MND. This game-changing discovery means that we now know the genetic cause of approximately 70% of cases of familial MND which includes 12 genetic causes.

In October 2012, reports announced that Scientists at Bath University moved one step further to understanding the role of one of the proteins that causes the neurodegenerative disease. The scientists studied a protein called angiogenin, which is present in the spinal cord and brain that protects neurones from cell death. Mutations in this protein have been found in sufferers of MND and are thought to play a key role in the progression of the condition. This discovery not only advances our understanding of the disease, but may also give rise to new ideas on treatment development.

Christopher Shaw is the scientific consultant on the film. He is a Professor of Neurology and Neurogenetics at the Institute of Psychiatry, King’s College London. He is also an Honorary Consultant Neurologist at King’s College Hospital and Neurogeneticist at Guy’s and St Thomas’ Hospitals. His early training in General Medicine and Neurology was conducted in New Zealand. He came to Cambridge in 1992 on a Wellcome Trust Fellowship to study Neurobiology. In 1995 he moved to the Institute of Psychiatry. His major area of clinical and research interest is in the genetic and molecular basis of motor neurone disease (MND, also known as amyotrophic lateral sclerosis or Lou Gehrig’s disease). He runs a clinic for patients with MND/ALS at King’s College Hospital and for other inherited neurological disorders at Guy’s Hospital.

You can see Chris Shaw in our video that explains the need for donations to the campaign and to MND research.

Alicia Swift posted about this on Facebook 2018-07-12 11:55:09 +0100
Learn about Neil Platt's illness https://tattoosboygirl.com/cherry-blossom-tattoos/
Niiki Bahen posted about this on Facebook 2018-01-05 10:18:23 +0000
here you find birthday meme visit link https://www.topbirthdayquotes.com/happy-birthday-memes-gif-images/
Benjamin Kempas commented 2016-01-29 23:00:55 +0000
Hello Dr Successful, your comment here is hugely offensive to everyone following this page. Shame on you.
Hayley Harding commented 2015-12-13 11:40:43 +0000
My mum was diadnosed in 2012 and passed away last month. The illness took so much of her the last 4 months were the worst but she died in peace and at home where she wanted to be. She had spent a long time in the hospice but after a hard battle I was able to obtain the right care plan for her.I miss her every day she was an amazing woman, mother and grandma!
To anyone else with this horrible illness never stop fighting! My heart is with you and your family x
Sylvia Buxcey commented 2015-12-12 22:25:50 +0000
My husband diagnosed 30/05/14 died 03/12/15. We only had 18 months of constant debilitation and he never complained. Died of respiratory pneumonia thanks to MND. He’s free of the twisted disease now and we are heartbroken and miss him a thousand times a day but so relieved he has been released before he became totally paralysed. My thoughts to all suffering with this and those that are about to be diagnosed. 1 in 300 now get this! Sylvia wife of Kevin.
Kuai-Peng Wong 梁桂平 commented 2015-09-07 13:09:50 +0100
My husband was diagnosed on June 18th 2015. I am going through hell and not coping well at all. I don’t know why though, because he’s the one with the disease. Like Gerry Verbrugge posted, my husband “is so positive and I am so tired”. I can’t cry at home because I am supposed to be the strong one so I cry to anyone who will listen. I am sure that they are sick of me. “Good” friends have fled and acquantances have become precious friends. I’m in a fog of despair.
Rebecca Day commented 2014-11-03 10:47:20 +0000
We have deleted two previous posts – please note that email solicitations for medical advice are not appropriate on this site. Thank you
Hayley Harding commented 2014-11-02 21:31:11 +0000
My mum has had it 3 yrs it destroys me seeing her like this!
Hayley Harding commented 2014-11-02 18:36:11 +0000
Is this for real Helen Natasha, if not its a really cruel post?!
Stephen Willoughby commented 2013-10-02 20:34:54 +0100
My mum’s anniversary is on the 25th October, she died in 2010. She fought the disease to the bitter end even when her family sometimes gave up. I wish everyone in this blog all the strength and hope in the world. God bless.
Carol Kane commented 2013-09-28 14:25:42 +0100
My beloved husband died of m n d. He was a very fit and healthy man . Neil has brought awareness of a terrible disease.
Gerry Verbrugge commented 2013-09-27 19:23:40 +0100
My son was at school with Neil and my husband was diagnosed nearly two years ago. As a carer and still in part time work I do not have much time but will support others in what they do.