Hey everyone,
It’s been another busy day of chaotic order in the Platt household, the inevitable and now predictable result of which is that I am completely knackered!

Following the morning’s normal ablutions, the fine grooming element more extensive than usual, I landed in the standard arrangement in the standard chair. I was particularly polished today on account of a visit from a photographer from a popular national newspaper. The resulting photographs to accompany the interview conducted while I was at the hospice. One of the reasons I’m so tired is because of the length of time it took to get me in to my Speedos… yes,I still look good in a banana hammock! Seriously though, we do not know yet when the article is to run, but when we know, you’ll know. 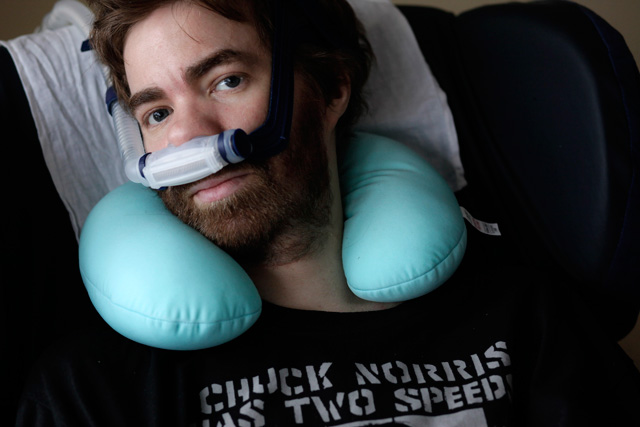 Following the photo session I had a visit from two friends, Bryce and Jane, and I would like to take this opportunity to officially wish them happiness in their pending move to somewhere in/on/near this side of the Irish Sea.

I then decided to write today’s blog. Fortunately my wife and son arrived home just in time to prevent my computer being carefully sat on the tracks of the nearby railway. You have no idea how rapidly the frustration turns to outright incandescence when the machine decides not to listen, thereby preventing me from doing the one thing I can still do which produces tangible results.

Welcome distraction came from Oscar as he tried and then succeeded to climb in to his Granny’s bright red wellies. The resulting effect was pure slapstick and would have lifted the darkest of moods.

As I am in bed already and fighting sleep, I will leave you with that image until we speak tomorrow.

PS Thanks again to Louise for typing, otherwise there wouldn’t be a post tonight at all!

The photographer came and went but unfortunately this interview was never published. It was Neil's last newspaper interview and the awareness piece he was most proud of as it was for a national broadsheet.

At the time the journalist was trying to get the piece out before Neil died, but sadly this didn’t happen. There was another chance to run it after his death, for which I gladly gave permission, but unfortunately it was shelved again. – Lousie (2013) 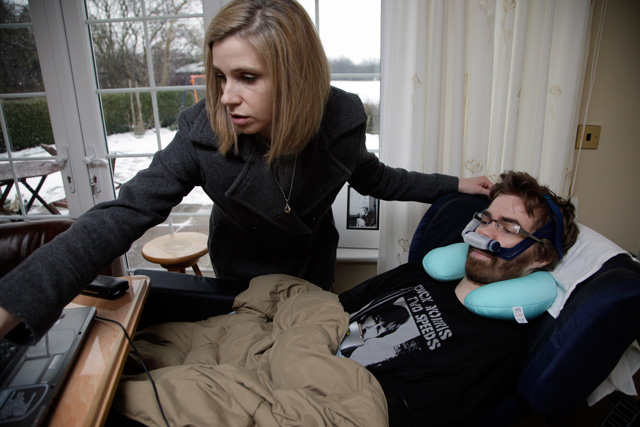 Thanks to Mark Pinder for giving us permission to publish his photos on this blog for the very first time. – Ed.