Wow! Could it be the T-shirt?

Good afternoon everybody,
I am writing this post to you with the speed of a puma! Could it be that my T-shirt has transferred into me the power of Chuck Norris? Or is it the fact that my new computer etc has arrived and is truly amazing? 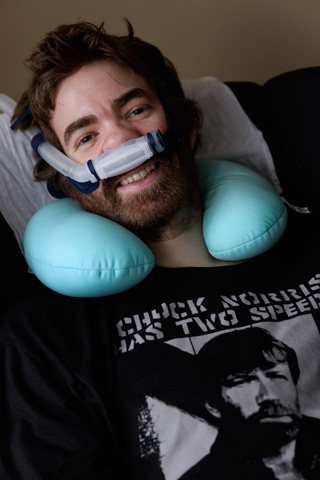 For all of those out there facing a similar situation to mine, or indeed those who are not and cannot be bothered to type, there is hope. The new software is far more accurate and the new microphone is more sensitive. Coupled with a faster machine and some bespoke software, I can now navigate my way around a computer more rapidly than most able-bodied people.

This has only been possible because of the help I have received from my speech and language therapist, who put me in touch with AbiltyNet. When they had determined my requirements, the Motor Neurone Disease Association assisted with funding. You will obviously appreciate the difference that this makes to my quality of life, and this is why the fundraising which many of you are now doing is so critical-and so deeply appreciated. I’m sure you have all noticed the various fundraising efforts highlighted in reader’s comments; whilst we are all well aware of the tightening of belts, please try and support each other as much as you are able.

In other news, I have found myself feeling slightly more rested today. Whilst this has been enough to shake away some of the fatigue plaguing me of late, it has not been sufficient to reinvigorate my swallow. My hope is for a few more settled nights and calmer days in order to remedy this.

Due to the imminent return of my son from nursery, and therefore the destruction of the ideal quiet in which I work, I will beg my leave. 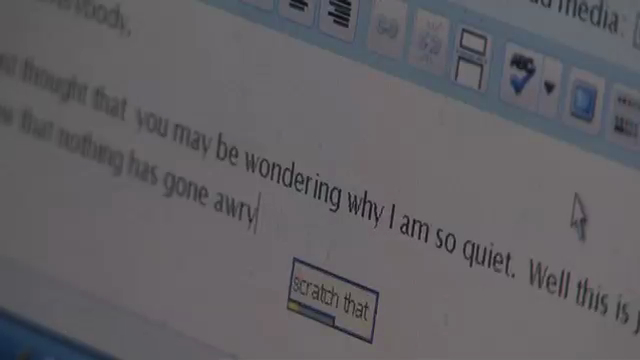 Anyone who visited the house while Neil was writing a blog post will remember (amongst a string of expletives) the sound of Neil talking into his computer and every second or third phrase being ‘scratch that…. SCRATCH THAT you piece of....!’

Between the sound of the ventilator whirring at the microphone, the burping sound produced by the force of air being pushed into his lungs and the general deterioration of his voice, the computer system he had been using didn’t recognise the correct words very often so he had to constantly delete and correct as he wrote. This made it all the more important to have the house quiet for the time he was writing, not an easy task with an army of visitors and a one year old. I’m glad there’s a scene of this in I Am Breathing, as I’ve said before, I found it frustrating that the effort it took to write a post was lost in the reading of his words, especially in the posts that were filled with wit. 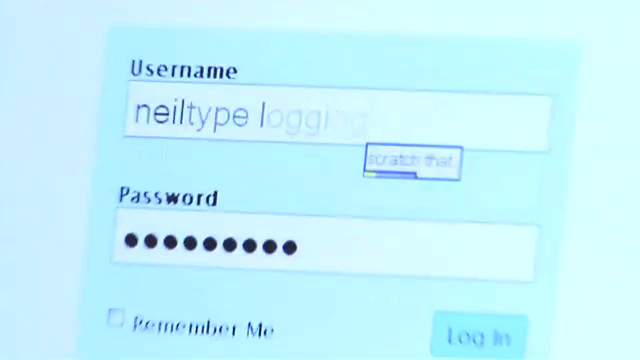 The new technology was definitely a welcome addition to our home, and I would like to reinforce Neil’s thanks to the MND Association for assisting in the funding. Everyone knew Neil didn’t have long to live, but that made no difference to the effort taken to improve his quality of life. – Louise (2013)