Not even the T-shirt can help me!

Good evening everybody,
I’m afraid due to last night being anything but restful, I am once again struggling to gather the air which enables me to string a sentence together.  You will therefore understand if I am, mercifully perhaps, brief this evening. 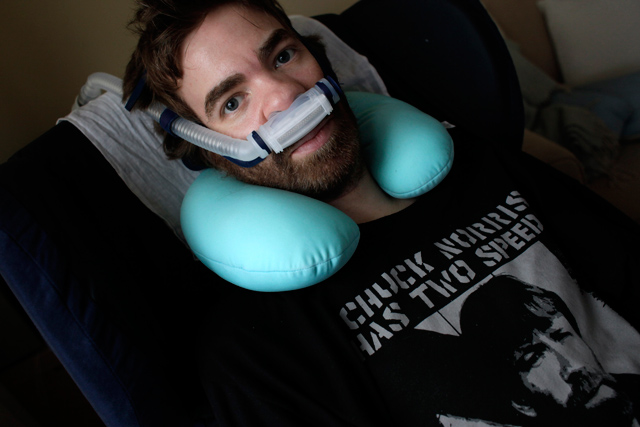 I had hoped that my brand new Chuck Norris T-shirt would infuse me with a new lease of life, but alas even he couldn’t round-house me into action.

Here is hoping that he works his magic over night, I’m sleeping in it just in case!
Much love,
Neil x 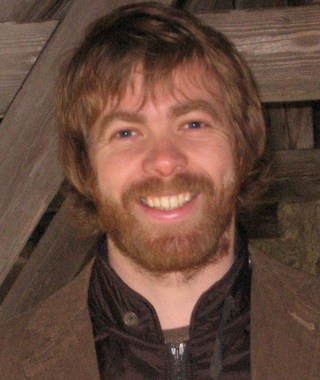 When I was pregnant with Oscar, Neil came home from the supermarket one day quite chuffed to tell me that a male member of staff had stopped whatever he was doing and just stared at him. The staff member then realised what he was doing and said ‘I’m sorry for staring, it’s just that you have such an impressive beard, well done man!’

When Neil grew his ‘winter face’, it was surprising how many beard compliments he attracted from strangers, and more often than not, they would also comment on his likeness to Chuck Norris, legendary martial arts film star famous for his ‘roundhouse kick’. Neil loved this, he even insisted on hanging a picture of Chuck Norris up the hall for a while, like the T-shirt, someone had given it to him as a gift. 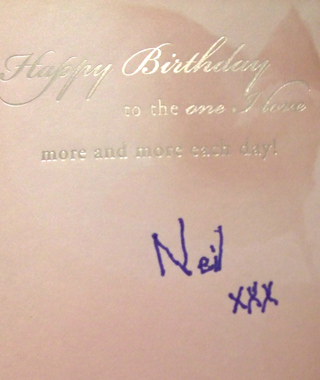 What Neil doesn’t mention here, is that it was Valentine’s Day. After the heartbreaking signature on my birthday card way back in October, which he needed help with, I think we both just completely ignored this ‘Hallmark holiday’ and treated it as just that. Dates are things which I have learned can be quite destructive and I try to give them less power over my emotions; acknowledge my feelings when I’m feeling them and not because of a date in the calendar. – Louise (2013)