Grab your hats and gloves you lot!

I don’t know what it’s like where you are, but here in North Yorkshire it’s white all over. The view from my bedroom window is truly like a picture postcard. 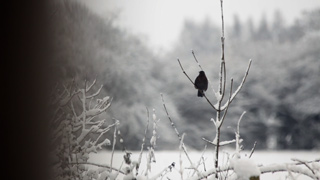 That view has given me much enjoyment throughout the course of the day as I decided to stay in bed. Firstly because we rang the palliative care team and told them not to bother attending to us, which would involve tackling the very narrow dirt track road leading to our house. Secondly, because I think there is something inherently brilliant about being snuggled up under a duvet whilst looking out upon a cold, crisp winter’s day.

As well as the view of the countryside, I delighted in watching Oscar’s antics as he experienced snow for the second time.  He tried with his mum and Granny Rosie to make a snowman, but apparently it wasn’t the right snow or something!  It was great to watch anyway and they all certainly had fun.

Unfortunately, the whole winter wonderland was tainted.  It was as if, underneath the pristine white snow, unpleasant gifts had been left by one of our canine friends.  This is metaphorically speaking of course.  In reality, these disappointments took the shape of intense fatigue, a considerably more difficult swallow and a sense of increased frustration which in turn led to a particularly short fuse on my part.  I have found myself snapping at my mum and Louise for no excusable reason such as a very slightly leaky mask or for not jumping to attention immediately upon my call.  Fortunately for me, neither one told me where to go.

I hope that the swallow situation is the result of the tiredness I continue to experience and not something more sinister.  It has resulted in a number of choking instances throughout the day, primarily where liquids have gone down the wrong way or my swallow reflex has been a bit slow.  I intend to get an early night to try and correct this, so I’ll let you know tomorrow whether this has had any effect.

I have tried applying my wicked sense of humour to today’s happenings, but unfortunately I have failed to find a funny side.  I will however concentrate my efforts on sharpening the wit overnight.  To make up for this, I will leave you with a fascinating fact:

Fascinating Fact No. 3: When I was about two, my mum sent me to ballet class.  I understand that this lasted only six months, I like to think this is due to a rebellion by the Yorkshire man in me.  Nevertheless this did not deter mum from trying to make the dancer in me burst forth, I was enrolled in the dance troupe “Kids 4 Kids” when I was about eight.  I can’t remember how long this lasted, but the Yorkshire man won!

Please refrain from openly laughing in front of me.  I feel it would be inappropriate use of the knowledge I have just bestowed upon you!
All my love,
Neil x 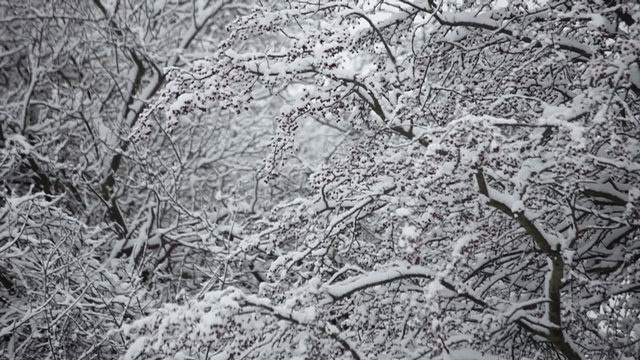 My first thought now, when it snows, is no longer how beautiful it is or if we will manage to get the sledge out and have some fun. I now think of the consequences of the snow for people who need services to reach them, I think of people who are cut off from the world if a car can’t get to them.

The house we were living in was about as perfect for our needs as we had been able to find, but it was down a single track lane. Our night-sitter for that night had gone above and beyond the call of duty by risking driving in very difficult conditions to get to us and had very nearly had to turn back. This was how much she knew we needed her and I was so grateful she had made the effort. I had done my best to clear the ramp and the steps and I had been all the way down the lane with a large bag of salt which Neil’s cousin had the foresight to bring for us in her 4x4.

When I saw more snow I didn’t feel excitement, I felt fear of being cut off and we didn’t know how long it would last, it just kept snowing. I hoped that nothing more sinister would happen to Neil in the night as a result of his difficult swallow. I worried that we would not be able to get help. – Louise (2013)