I AM NICKY BHAGAT and I established the MNDA of India

This is a series of posts by people who are hosting screenings of I AM BREATHING around MND/ALS Global Awareness Day.

I am Nicky Bhagat and I am showing the film in India. I established The MND Association of India 20 years ago after my husband Vimal, an actor-director, was struck down, losing both his body and his voice, an actor’s basic tools, snatched from him by motor neurone disease.

Like Neil Platt, he had used his last months to tell his story, dictating laboriously in a hoarse whisper to a loving and patient old friend. He had to race against time as his voice was fading fast. Like Neil, Vimal would have been gung-ho to play his last role as himself – had he but time… 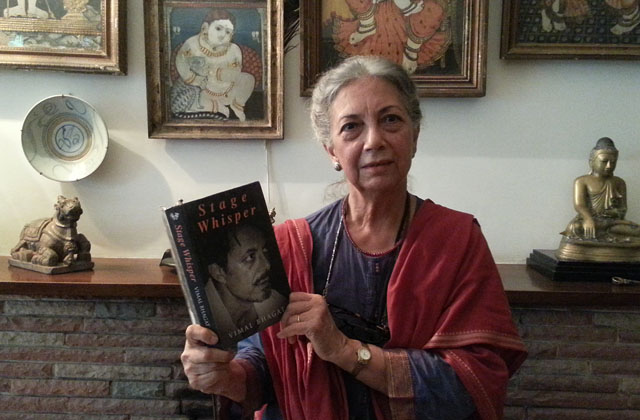 I am much honored to be participating in this inspirational Global Screening of I AM BREATHING.

I hope that soon we may find, if not a cure, at least a way of slowing down MND’s cruel, relentless slide. I am convinced that this could be speeded up by inviting patients and carers more deeply in the search, especially those who may be research-oriented scientists or spiritualists. In fact, the answer to most neurological puzzles may well lie in such multilayered holistic studies involving those closest to the condition.

I will be screening the film on 29 June 2013 in Dehradun (details and RSVP here) and later at the Indian Medical Research Institute as well as hosting it at my own residence.

Can you also host a screening, wherever you are?