Evening all,
I must confess that yesterday left me feeling as vulnerable and bleak as that famous tree atop the moor in the heart of beautiful Brontë country. Today, there is very little change to report. As such, you could be forgiven for thinking that I am still harbouring a desolate outlook. The fact is that I feel my buoyancy of spirit has been lifted by the wonderful supporting comments you have left me. It is very difficult sometimes to wrap my head around the affect that the comments have on my well-being. One of the reasons for this is the fact that many of them are from complete strangers; one would almost automatically assume that friends and family provides both physical and emotional support.

So, I still cannot swallow very much very easily but I’m feeling better about it.

At present, there is little other news from the Platt household. However as promised, I have tried to attach a short amount of Oscar footage to this post for your amusement. Unfortunately, due to a technical problem I had been unable to do this. I have also managed not to attach a recording of my reading an entry so that all of those strangers reading our blog have more of an idea about me. You would have also been able to hear the ventilator in the background, which is also responsible for the strange sentence structure and guttural noises. I hope to have some Oscar footage when I have managed to get it off the DVD, and ditto for the recording when I’ve resolved some of the user interface errors!

I hope we all have a restful night. Until tomorrow,
All my love,
Neil x 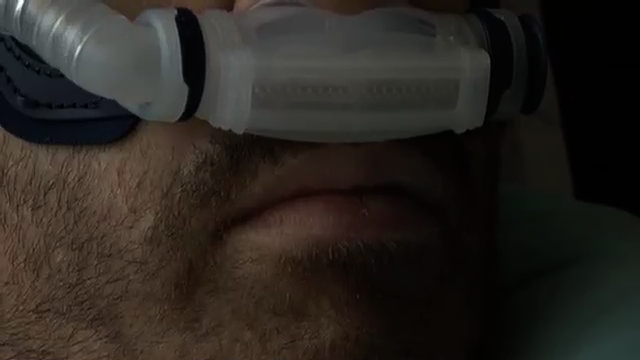 I couldn’t help Neil, he wanted to give something back to the people reading the blog, strangers and old friends alike. He wanted them to see his little boy, he was so proud. I just didn't have the time to start messing about with the computer and trying to learn how to upload the clip that he wanted to show.

Neil knew I was not the best of friends with computers, and in all the time I had spent with Neil, he delighted in using the phrase ‘User Error’ every time I got angry at a machine. If that didn’t irritate me sufficiently enough, he would lengthen it to ‘User Interface Error’, until I was barking at him, ‘that doesn’t even mean anything, you’re just trying to make me more annoyed!’ He never did deliver that line without a smirk on his face, adding to the irritation. Only very rarely did I managed to throw it back at him. So when he says at the end of this post, ‘when I have resolved some of the user interface errors’, he means me. I am reassured that his spirits were indeed lifted and his sense of humour was on form, despite the loss of so much else.

I don’t know what these days would have been like without the blog and the comments coming in to lift his spirits. To this day, I meet people who tell me they read the blog at the time and sat at their computers late at night, wanting and trying to write a comment, but just not knowing what to say.

In my experience now, it doesn’t matter what you say, reaching out and making any sort of connection is enough to let people know that you’re thinking of them. Words are the difficult bit – if you can’t find the right words, send something else instead.

Words were something that came easily to Neil, but he could not deny now that his ability to form them was slipping away.

Before Neil woke that morning, I had written this email to a friend:

“I think he knows he has my permission to go but he’s still kicking and screaming. The DN [District Nurse – Ed.] and I talked about it yesterday, she asked me if I saw any acceptance yet and I said ‘No’. She said she didn’t either and I may have to accept that I never will. That’s the hardest bit for me. He said yesterday it’s not the leaving, it’s what he’ll be missing. I can completely understand but I’ll try to concentrate on letting him know in black and white that he has my permission to go should he ever feel ready. Maybe I don’t mean it yet either, and he’s picking up on that. Just read his night sitter’s notes and she said he’s talking a lot in his sleep. We’ll see what today brings,