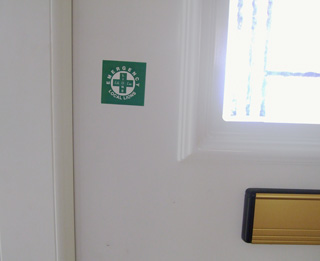 Good afternoon all,
I am speaking to you directly via the computer today, so hopefully there will be fewer interruptions and less backchat than when I use the wife/typist! She’s a good girl really and she is right about the tsunamis that occur occasionally in the otherwise still waters of our relationship caused by the current predicament. I will however leave it to Louise to tell you about these as I feel she is far better placed to do so, also if I tell you then every dispute will obviously be her fault!

I thought I’d tell you a bit about my last few hours at the hospice and my homecoming of yesterday. Before I do that, I would like to say an enormous thank-you to all the staff who took care of me at St Michael’s [Hospice – Ed.]. Of course I have my favourites but it would be unfair to name them, besides they know who they are! Whilst people may wonder how I tolerate the washing, the toileting, the feeding and the dressing, I could not ever be the one to give such cares, day in and day out, to terminally ill people and not become emotionally shattered. But not these nurses: they are professional, kind and act as emotional punch bags for people such as myself and come back to work the next day, every day.

After a morning spent sleeping, Louise arrived with my brother and friends, Simon and Rhona, to swiftly pack up my room. Until this point all I felt was tired. Then the ambulance arrived and I was hoisted onto a stretcher and strapped in. It was only then that it hit me, I was going home. The tears welled up as I was pushed past the first member of staff, however I managed to hold them back. It was only as I was pushed through the front doors and I scrunched up my eyes against a brilliant blue sky that they began to flow freely down my face. This continued until the ambulance stopped outside our house. Then began the series of shenanigans which culminated in my being settled in my armchair in its usual place in the front room. After the dust had settled, about 20 minutes later, my emotions got the better of me as I surveyed the familiar surroundings which had felt so distant just hours earlier. However, Louise put paid to my behaviour by mopping my face with a tissue and pointing out my boy cavorting in the background. You know the rest.

Strangely, throughout the above I had a craving for my wife’s spaghetti carbonara. It is undoubtedly the best in my world and probably yours too. A bit of a daft thing to crave as I can’t have spaghetti unless it is chopped up, and even if it is the cheese will stick to my throat and try to choke me!

So, I’ll leave it there, as I sit in my profiling chair, cantilevered table hovering over my legs, on which sits my laptop and microphone. I feel a bit like Captain Kirk!
Much love,
Neil x 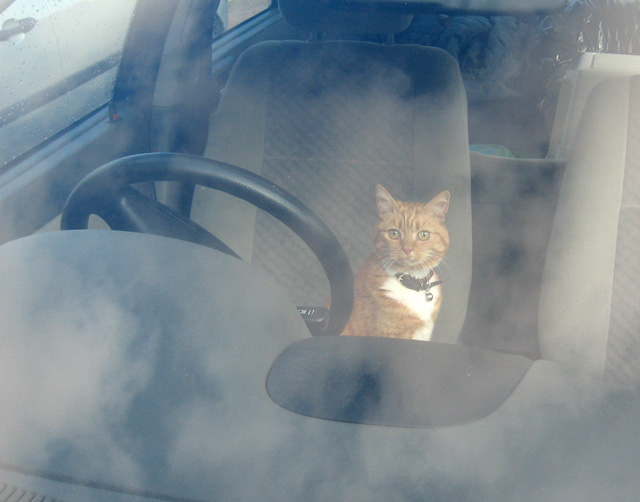 When Neil had started his two week stay at the hospice it had crossed all of our minds whether he would make it back home again. I was so sad for Neil, that he was only able to experience being outside by being strapped onto a stretcher now, and only to travel between hospice and house, in the back of an ambulance, not even able to look out of a window for the journey. It was no wonder the daylight and fresh air hit him physically and emotionally.

For so long I had been feeling like this house was not our home and just somewhere we had landed for Neil to die. It was not a natural feeling of home, it was a situation with no privacy, with care workers and health professionals as part of our daily routine, and as much as I loved having friends and family around, they were there because they were working as a tag team of help. We had packed up the fourth member of our family, our cat Harry, she had gone to live at my parents house, she was too much for the situation and the volume of people was stressing her out. I wouldn’t see her again till Neil had died. I cried uncontrollably the day I sent her way, seeing her packed up in the car, not because of how much we would miss her, but because yet again, the disease was taking away choice and something we loved. Lifestyle choice is part of what turns a house into a home – it didn’t feel like we had much choice about anything left.

Seeing the relief on Neil’s face at crossing the threshold of this house once more was enough to make me realise that home was wherever the three of us were together. I knew that definition would soon change, but while we still had Neil and despite the intrusive equipment, the emergency numbers on the fridge door, the mountain of medication on the window sill, the sticker on the front door to alert ambulance crews there was a DNR instruction on the fridge; despite all of this and the constant sound of the ventilator.... this had to be home. – Louise (2013) 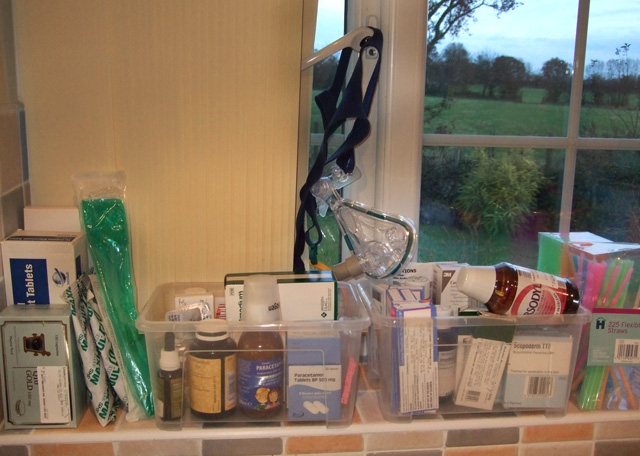