Fear and self-loathing in Las Starbeck

Hello everyone,
It has been extremely quiet day in both the real and virtual worlds. As a result, I have had nothing to do but think.

In the real world, for no apparent reason, I thought about my death and whether or not it held any fear for me; especially when you consider the advance notice that I have been given, it isn’t as if I have just been told I’ve got a week to live. Nor is it that I haven’t thought about it at length before now. I have decided that no matter how prepared I am, it is human nature to fear the unknown and so yes, I fear it.

The surprising thing, actually maybe it isn’t that surprising, is that my biggest fear is for the future. Not my own but that of those closest to me, my wife and son, my mum, my brother and dearest friends. I am terrified, blowing my own trumpet it may be, that my demise renders them somehow disadvantaged to live their own lives to the fullest. I will say here and now that I do not want any of them to hesitate, to compromise their lives in any way, because of a memory of me (I know this sentiment is often stated at funerals by people who wouldn’t know any better, but I am alive and of sound mind and body and I mean it). There, that’s enough of that. 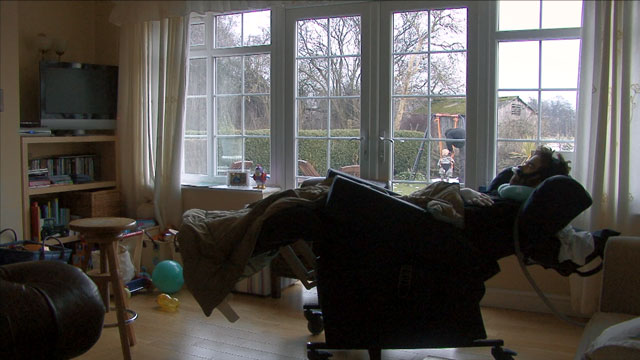 The self-loathing referred to in the title isn’t really just a clever play on words, nor is it as pitiful as it sounds. It’s just that I feel it should be me trying to pick up the pieces and move on, not Louise or Oscar, or mum or Matt. Whatever the landscape of my life was supposed to be in my head, and there were hundreds of scenarios, I was always there to support them all until their respective endings. That’s all, disappointment. Disappointment with myself.

In our little virtual world, absolutely nothing has happened. I’m not sure if everyone has gone on holiday, whether there is a technical problem, or I have succeeded in 100% awareness! Tomorrow may hold a little more light heartedness. If not that, then welcome distraction in the form of more activity on the blog!
Lots of love,
Neil x

This is a very comforting post for me to read. Although there is a sadness in his words there is also certainty, and that’s what brings me comfort.

I could never blame Neil for any sadness in my life, that would be motor neurone disease at fault. I would never use his death as an excuse for not living my life to the fullest, in fact, quite the opposite.

I’m very privileged to have these words from Neil and he has left me with nothing to question about my future happiness, he has given me a gift of confidence and I know he wrote these words for that reason. He didn’t leave me to pick up the pieces on my own, thanks to his openness and journal of his feelings, he continued to support me long after he was gone and he helped me pick up the pieces himself.

If ever there was an argument for speaking your mind and wearing your heart on your sleeve, then this would be it. – Louise (2013)